A young French couple, Agnes-san & Pierre-Antoine-san arrived in Tokyo on Aug. 7. They will stay in Japan for 15 days. During their trip, they will go to Nikko, near Mt. Fuji and an old capital, Kyoto. They will send you several photos each time.

the Last Night in Japan on Aug. 21

They traveled in the Western Japan ( Kyoto, Kanazawa and Nara ) for 10days and returned in Tokyo on Aug. 21. One of their dreams during this trip was to eat the Sushi at a swivel Sushi restaurant. They ate a lot of Sushi . They ejoyed thier trip in Japan very much.

the Kyoto Botanical Garden on Aug. 16

He took many photos at the botanical garden. Here is one of flowers there. It is the common marigold. They will go to Kanazawa this weekend, where is one of the traditional Japanese cities.

Both of them are very fond of Mt. Fuji. They caught a bus at the Lake Kawaguchi and arrived at the half-way point ( 2,305 m ) in the climb to the top of Mt. Fuji. But they could only see a part of it. What a pity !

There are so many places to see in Tokyo. But they selected the most attractive spots, such as the National Museum in Ueno, Senso-ji in Asakusa and the shopping area in Ginza 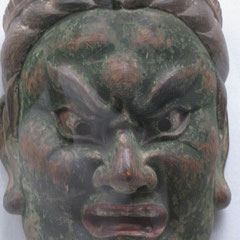 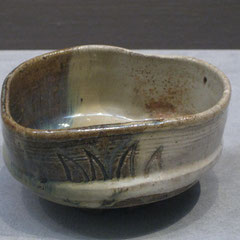 The temperature in Tokyo is over 33 degrees every day. They decided to go to

Nikko, where is cooler ( 25 degrees ) and there are many places to see, such as a

gorgeous temple, a lake and a waterfall. 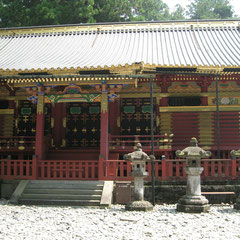 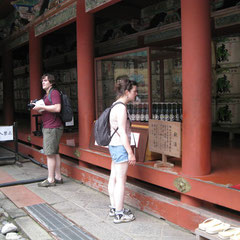 the First Day in Tokyo 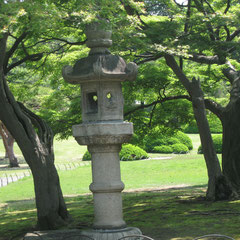 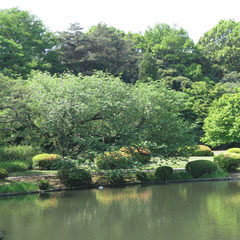 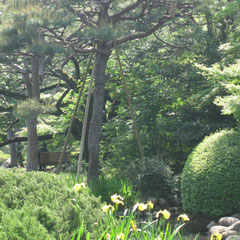 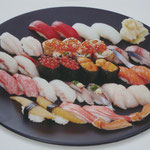 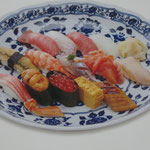 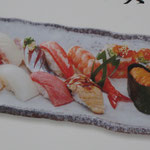